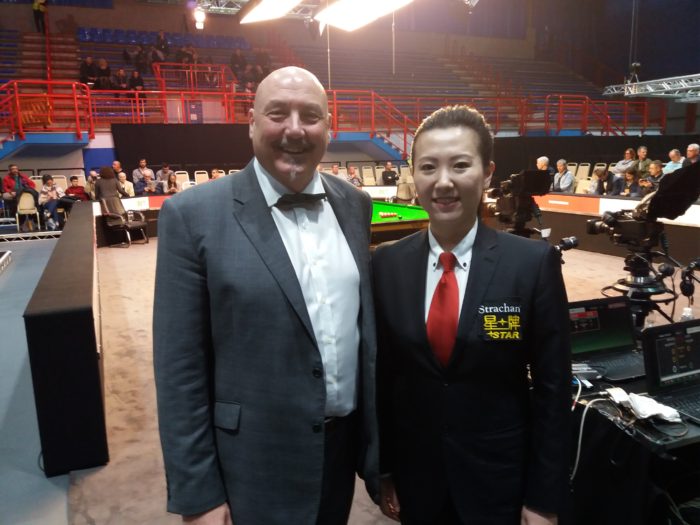 FHM had the presentation gig for the jojobet.com Gibraltar Open snooker finals this past weekend. The finals were live on Eurosport and following the usual announcements there was the follow up with the finalists including a couple of questions. These gigs look simple to those watching on television but when it is you on the spot, well if you don’t have butterflies then you must be over confident.

Having spent some time thinking about what I was going to say a conversation with a couple of people giving me facts about the players, Judd Trump and Shaun Murphy (No 3 & 5 in the world rankings) the actual words were down to me and it is expected you can juxtapose with the drilled television crew on set. A couple of rehearsal run throughs to check timings and cues and then it’s a question of waiting for the finals to start, get everything set to memory, practise aloud on your own and then if possible meet the people you need to speak to.

Then be on set ready and watch for your cues, in this case there were 5 of them and timed for the live TV coverage. Get it right or pack up the day job.